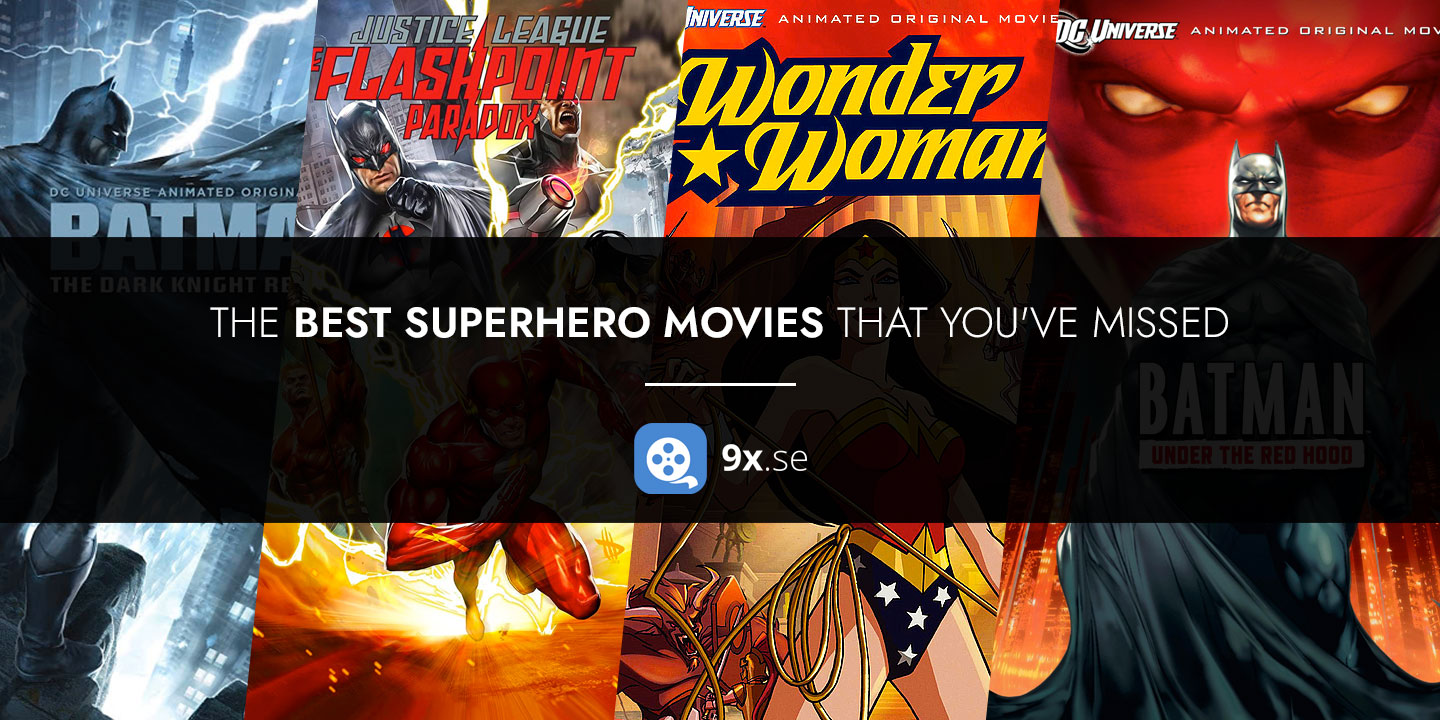 Animated films have produced some of the most notable comic book films. In the last decade, there have been an incredible number of superhero films released, and more are on the way.

If you’re jumping in your cinema seat for the next protector of the poor, savior of the weak movie, then let us guide you to some that you’ve most probably missed. Because there is a plethora of fantastic films that go largely unnoticed. These are usually animated and produced “in-house.” Comic book publishers produce their own stories based on their most beloved works or brand new films built for animation.

Just as Marvel currently owns the live-action movies, so does DC Comics’ own animation. It releases the most exciting and high-quality stories that are animated for the DVD market. We thought we would list the best ones.

If “Watchmen” is the comic book “Citizen Kane”, then Frank Miller’s “The Dark Knight Returns” is “The Godfather“. When that series was released, everything changed, and its heritage echoes even today. The comic books became darker, more mature, and more intellectual. This series was the starting point.

The story takes place in the future when Batman had to retire and heroes were criminalized by the government. But the 50-year-old Bruce Wayne, who tries to suffocate Batman inside himself with alcohol and death games, can no longer stay inside. A new kind of enemy has spit out into the world and Bruce loses control to let Batman take over. But it will be a hard fight, with everything from the new kind of crime, old villains who are lured out by Batman again, and Superman, who is now working for the government.

The film, which is divided into two parts, delivers the series point-to-point, style and psychology. If you are too tired to read a masterpiece, see it instead. The script captures Miller’s story almost perfectly. Peter Weller, Robocop himself, even plays Batman. “Batman v Superman: Dawn of Justice” will have a hard time beating the fight between the heroes in this adaptation. It really is that bad ass.

The Flash is perhaps the most exciting but underrated hero there is, and this film proves it. This shows what Flash is capable of, for better or worse. Flash’s alter ego Barry Allen is still traumatized by his mother’s death. He wants to change that. Flash can, if he runs fast enough, manipulate time, so he decides to try to save his mother before her death. However, everything goes wrong when Flash creates a butterfly effect, which produces an alternate world in which everything has gone to the forest.

Justice League is a danger to the world, Superman’s ship landed wrong and Wonder Woman is at war with Aquamen with the world as its arena. The coolest thing is Batman’s disturbed fate, which is so cool that we cannot reveal it. But at the heart of all the chaos is a fantastic story with a hugely emotional core that makes anyone with a heart cry at the end.

How long have people not been shouting for a Wonder Woman movie? The Amazon Diana Prince from Themyscira is the character who perhaps most missed his own film. Now she will appear in Batman v Superman and probably get her own movie in the future, but until then you have this fantastic adaptation. The film shows her background, where she comes from, and how she arrived in America to protect it.

The film first shows Diana in her home, the island of Themyscira which is only inhabited by Amazons. No one has or may set foot on the island, but when pilot Steve Trevor crash-lands there, life is turned upside down. Diana is ordered to bring Trevor home to America and during the coup she stays there to put on the mantle as Wonder Woman.

If you have always been curious about the character, this film is the perfect entrance, it captures her background, character and feminist side that made her the icon of the movement. The film is also so violent that they had to cut down on the blood. Wonder Woman is portrayed by Keri Russell and backed by fantastic actors such as Nathan Fillion, Alfred Molina and Rosario Dawson.

In the series, Batman has had several Robins, the mantle has gone from kid to kid. But not every Robin has survived unscathed. In the 80’s, readers had begun to hate the new Robin, who took over after the original Dick Grayson, who went his own way to become Nightwing. The new one was named Jason Todd and was a bastard, so readers had the opportunity to vote on his fate. Readers voted for his death and it happened. Robin died in Batman’s arms and scarred him forever.

This movie shows that moment and then Batman follows afterwards as he gets darker and angrier. But he is met by a new villain named Red Hood who has a greater connection to the past than Batman thinks. The film has a strong script and design language, but above all fantastic voice actors. Master Bruce Greenwood is Batman and none other than Neil Patrick Harris is Nightwing.

In the early 90’s, Batman was on everyone’s lips. Tim Burton’s films were a resounding success, and the animated series by Bruce Timm and Paul Dini was loved by children, adults, and critics alike. Warner Brothers wanted to continue to surf on that success and chose to mix the popularity. They released a feature film in cinemas in animated form by the creators of the animated series.

Fans of the series will enjoy the film just as much because it has the same style, design language, and actors. The film takes place when Batman appears to have a double who begins murdering people; the people and police then suspect Batman and go after him. But this double is something completely different, it is called The Phantasm and has a mysterious past linked to Bruce Wayne.

The script is an original and is written by Paul Dini who also wrote the Arkham games. As expected, it is a great emotional depth and Batman will not be more Batman than this. Even the legendary gourmet film critic Roger Ebert said, “It really has a story. You get involved in it.”