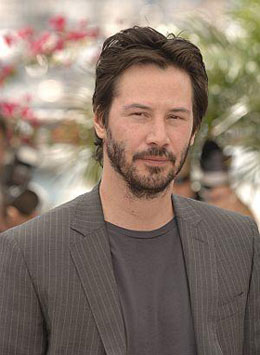 Keanu Reeves will have to develop a dual personality to play Dr Jekyll and Mr Hyde in a new retelling of the classic story.

Jekyll will be the latest in a string of screen and stage adaptations of Robert Louis Stevenson’s novel about an experimental scientist who creates a dark personality for himself that unleashes a reign of terror across London.

Universal will develop the film from a script written by Revolutionary Road’s Justin Haythe.

Danish filmmaker Nicolas Winding Refn, who was behind the camera for the recent controversial biopic Bronson, is reportedly in talks to direct.

Universal has also been in talks with Mexican filmmaker Guillermo del Toro to make a separate adaptation of the tale, but his version is rumoured to have a more gothic horror theme.

Reeves next appears on our screens in July in The Private Lives of Pippa Lee with Robin Wright Penn, Julianne Moore and Winona Ryder.

The film follows the life of Pippa Lee as she heads towards a quiet nervous breakdown in small-town suburbia.

SEE ALSO  Will Smith and Michael B. Jordan will star in a sequel to 'I Am Legend'