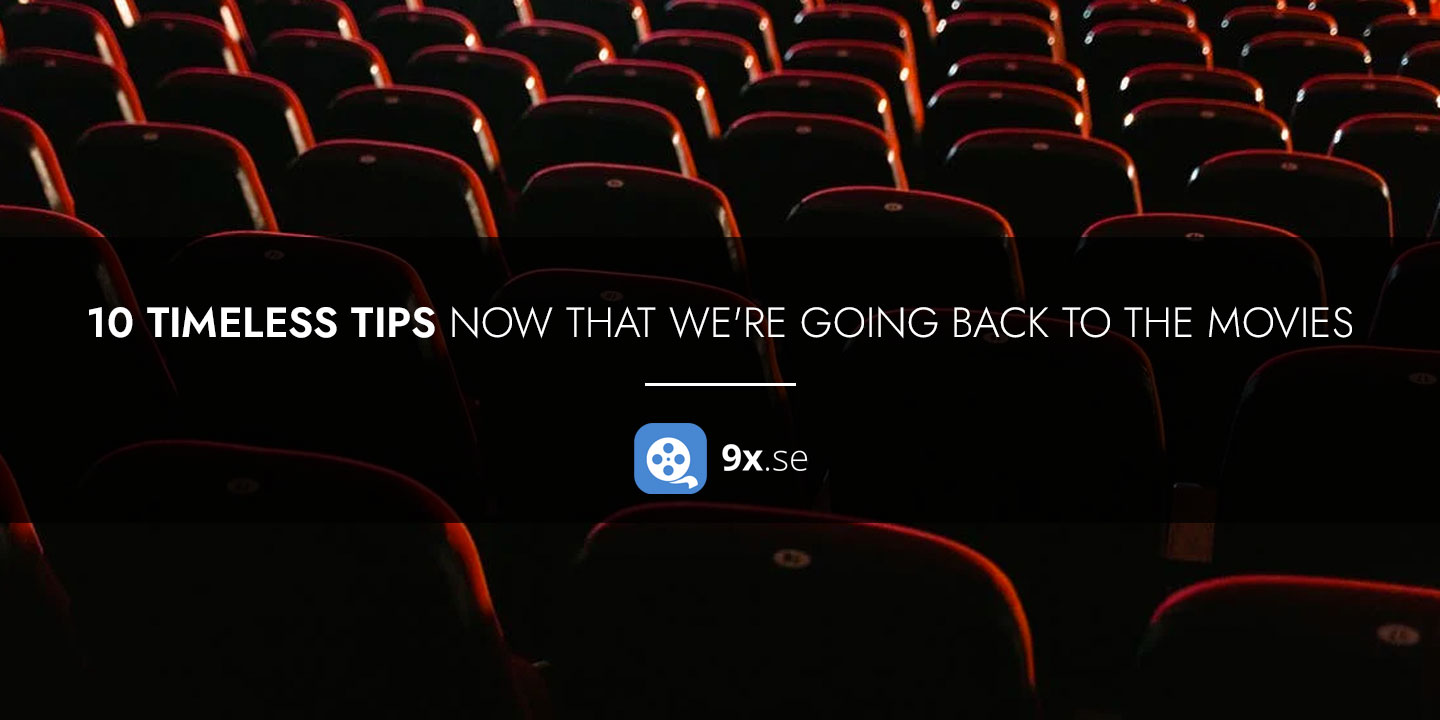 It seems like a distant memory. Having to put on pants, pay for overpriced popcorn and watch a movie in company with complete strangers. Oh the forgotten times of the movie theatre. Some of us have been longing for the pandemic restrictions to ease off though, and the movie backlog to catch up. With recent data showing that the start of 2022 has seen a massive resurgence of cinema going, it’s safe to say it might be time to dust off some old mannerism guidelines. You know, just in case you’d gotten a bit lazy with all the home theatre you’ve been doing last 2 years.

With blockbusters such as Thor: Love and Thunder set to release July 8, and Top Gun: Maverick out since this week May 25-it’s time to relook at how one should behave in the cinemas. When Chris Hemsworth again goes hammer down, together with Natalie Portman, Tessa Thompson, Christian Bale and Jeff Goldblum we better be prepared.

Everyone wants to have a good time at the movies. After all, that’s why we go to the movies. But it seems as if movie manners have taken a turn for the worse in recent years. Blame it on cell phones or the rise of home theaters or just people being all-around selfish, more and more people are complaining about the behavior of their fellow audience members to the point where theater chains are actually considering having special screenings for people who like to talk, text or bring screaming babies to movies.

But instead of theaters encouraging the use of cell phones during movies or other rude behavior, we instead think people should just follow these ten quick tips on how not to be the worst person at the movies. It’s not hard, we promise, and it will make going to the movies better for everyone.

Or perhaps late enough to miss the commercials (that are now reportedly 30 minute long) but not the start of the actual movie.

Showing up on time for anything is just common courtesy for everyone around you—and the movie theater is no different. Luckily for people who are habitually late, most theaters list their showtimes for when the commercials and trailers begin—up to 20 minutes before the actual feature film starts. This gives you plenty of time to arrive to the auditorium, find your seats, and grab concessions without missing any of the movie—or annoy everyone by walking in after the lights go down. If you’re going to a very popular film and you know it’s going to be full of people, show up about 20 minutes before showtime to find the best seat in the house.

2. Put your phone on silent

If you ABSOLUTELY must check your phone, which should be kept on silent at the very least, for a text or missed call, take it outside or keep it VERY well hidden. Taking it outside is your best option, however if you’re in the center of a crowded theater, don’t interrupt the entire row’s viewing experience. For example, my mother usually babysits my son whenever I decide to go watch a movie. I will usually check my phone if it vibrates by keeping it where my hip meets the seat, with the screen at its lowest brightness setting, and an article of clothing to cover the light from above. This allows very few, if anyone to see the light. I don’t want to miss an important text of some sort of accident.

3. Leave the little ones at home

If you decide to bring a noisy infant with you, expect complaints to be made about you, or management to ask you to leave. Sometimes both will happen. Find a babysitter or don’t go to the movie at all. I for the life of me don’t understand the logic in bringing an infant to the theater. I’m already afraid I’ll have to learn sign language because in 15 or so years, tons of teenagers will be near deaf, and I don’t know how to sign with my hands for ‘I want a number 10 with no onions’.

If you’re tall, you know that you have to be sensitive to the smaller folks around you. Try to sit near the back of the auditorium, so you don’t obscure the view of shorter individuals behind you. The same rule of etiquette goes for people with big hair. And if you wear a big hat, take it off to enjoy the movie!

Sometimes nature calls, but hopefully you can take care of this before the feature film begins. If you’re unsure you’ll make it through, choose a seat on the aisle so you won’t disrupt other moviegoers. Duck down as you leave the theater so you don’t block the anyone’s view, and quickly exit and re-enter the theater.

And here’s something great for those with tiny bladders: The smartphone app RunPee will tell you the best time to take a bathroom break during a movie, so you won’t miss any pivotal scenes. Just be sure to check the app long before the movie starts—no cell phones in the theater!

Seat etiquette is an overlooked part of the movies but when it goes wrong it can really ruin your experience. Before there were seat backs that rocked and moved, someone kicking the back of your seat was a minor inconvenience. But now, you can feel every boot, bump and nudge from behind you. If there’s someone sitting in front of you, remember, what feels minor to you can be incredibly distracting to them. And if there’s not someone sitting in front of you, don’t put your feet up on the back of the seat. This isn’t your personal ottoman.

This rule is related to the cell phone tip above, but even people who keep their mobile device in their pocket feel the need to talk during the movie. “Who is that person?” “Wait, what did he just say?” “That is absolutely hilarious!” NO, NO, NO. You should keep it to yourself. Stop talking to the people on the screen because they can’t hear you. People with internal monologues.

And we all enjoy talking about movies, but save it for the lobby after the movie (and even still, see our tip below). Remember that you are surrounded by other people, and even if you believe you are whispering, it can be extremely distracting to the rest of the audience.

8. Be courteous to the staff

You can solve your problems without being rude or yelling. Do you have a complaint about the service, food, or business? Express your concern in a professional manner. Being the person who speaks the loudest does not make your point any more or less valid. Far too often, people believe that complaints must be made in the rudest, loudest manner possible.

Also, the friendlier you are to staff, the more good karma you will receive the more you will show up. This does not apply everywhere, but if you are a nice and friendly regular who follows the rules and is generally a nice person, you will be rewarded from time to time. If you are lucky and a friendly regular, you might get in for free or get a free concession item every now and then. It truly pays to be pleasant to both employees and management.

When you leave a restaurant, you can simply get up, leave your plates and leftover food behind, and walk out the door; someone else will clean up the mess for you. And, yes, there is someone who comes in and cleans up after a movie. However, to keep things running smoothly and movies starting on time, take your empty popcorn tub and soda bottle to the trash can. Nobody wants to step on that filthy, sticky theater floor, so don’t make it worse by spilling all your food. Make every effort to assist the theater employees (and the subsequent audience).

Before leaving the theater, double-check your belongings. Why do people leave their phones, car keys, or even wallets at the theater? There is a policy that states, “We are not responsible for lost or stolen items.” What about that $800 iPhone you brought in? Someone most likely took it. The wallet containing a wad of cash that you left behind? If it hasn’t been turned into the lost and found, it’s probably gone. Don’t be a fool, double-check yourself before you leave. Ushers and managers will look for your items, but they may be picked up by other customers.

And that’s it! Follows these rules and everyone will have a better time coming back to cinemas. Comment if you feel we’ve left something out.